It's a Wonderful Life.

\
"For there is nothing either good or bad (in Denmark), but thinking makes it so."
-- Hamlet

My friend Krebs flew up from 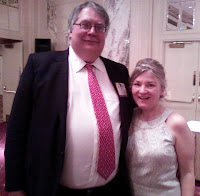 to take me to dinner.  He is a formidable man with a booming laugh—large-hearted and immense.  Warm and wry.  Krebs and I are in the midst of a forty-year conversation about God, Art, Politics and the meaning of Life.

I try to get down to to see him at least once a year. Each spring he hosts a crawfish boil in his side yard.  Cajun music and corn on the cob under the oak tree.  And conversation.  Always the conversation. 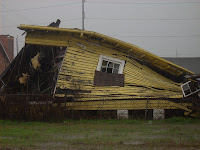 Krebs himself has had a difficult few years.  Hurricane Katrina decimated his city.  His frail father evacuated to .  Weeks later, David fetched his father back to so he could die at home.  Days later, he did.  The funeral home didn't even have a proper hearse, they'd all either been flooded or 'liberated' by evacuees.

David is a born patriarch with a strong sense of moral responsibility.  Within days of the hurricane he'd relocated his law firm (temporarily) to .  He leased housing for his staff and promised if they returned to work they would suffer no interruption in pay.  He made this personal commitment not knowing if the firm's hurricane-dampened revenue would support them.  Few employees in were so fortunate.

For twenty years Krebs and I have paced the banks of the  near Café du Monde.  He waves his large hands and tells me the story of his city, the River, the Army Corp of Engineers efforts to contain it, and, always, the inevitability of the 'big' flood.  This memory reminds me somehow of Christmas.

Each Advent the past is swept away.  We observe baby Jesus at the outset, before 'life happens.'  Unspool the tape.  Before the crucifixion and the long walk to .  Before the miracles. Before his mama lost him in the market only to find him in the temple.  We begin again.

Such is the hope and promise of Christmas.  Before Jesus' trials and tragedy, before his sacrifice and glory, he lies again surrounded by his family.  They are broke and dispossessed, but together.  Krebs brought his father home to die because a broken home—even a manger—amid family, beats being alone in the inn every time.

My Mama has had a good life because she thinks she has.  She is blessed because she counts her blessings.

I love the world with each of you in it.  You strive to recognize the blessings in your own life, to give generously, to remain resilient.  Inspired by you, I embrace the hope of this season, of new life and new chances.  I resolve anew to recognize the abundance in my own life. 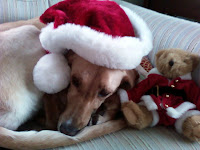 Krebs buried his city, his father and his childhood while shouldering the burdens of those who depended on him.  Over dinner we laugh and talk.  It's a wonderful life.  Because thinking makes it so.  Merry Christmas

\
(Adapted from one of our most -re-requested pieces ever.  It originally appeared in the St. Peter's Episcopal Church Spire.  For more on our Mama's "Wonderful Life" click here or here.) 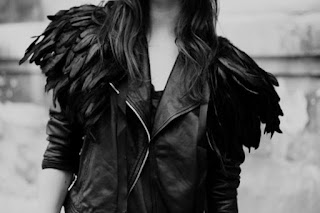